TDD is a Control System

Apart from executing Test Driven Development as a "Test First, Test﻿ Early" approach, it can be seen as a very basic Control System. So, it is not just about the "when" part (developing the testcases before writing the code) but it is also about the "what" and "how" part of it.

- What is the input you are considering for developing the testcases? Is it just the feature under development or is there something else?
- How are you implementing the iterative model for a progressive development towards Quality by constantly improvising the Quality of your testcases in the project cycle.

What is it about?

Let us say you are developing the testcases for your current iteration (or what you may formally call as a sprint in Agile terminology). Then, how about these feedbacks which go into your TDD model?

The first 2 items need no explanation and if I write something about them here, it would be just to fill up some space on this post. The last 2 items need a little mention as they are sometimes missed out in the project execution.

How about a small example here?

Again the customer kept on reporting the similar issues with the other features as well. Well, this is definitely not a good news for both the customer and you, right?

- Customer Feedback from the previous Sprint


--- How the customer is trying to use the application?
--- What's that he is expecting from the application - functional, non-functional, error-handling, usability etc.
--- What are the lessons that you need to consider for the future iterations that would possibly have an impact on the design, testing coverage etc.

We used to call this as "Bug Analysis or Generic Analysis". It doesn't matter what name you give to it and whether you do it in the sprint review meeting or some other informal meeting. What matters is ensuring the "generic lessons are communicated to the team". Suppose in the example above, if the error handling issue is communicated to the respective developer only and another developer does the same mistake in another piece of code again, the purpose of TDD (and the Iterative and Incremental development) can be seen as falling short.


- Customer Feedback from the Future Sprint

This is what I mean by "Feedback from Future Cycle". This would fix the errors before they are reported. 'Bug is not reported' doesn't mean 'bug is not present'. Just like we do, customers also tend to report different types of errors at different times during project cycle. So, "Don't change the working code" can not applied literally here. 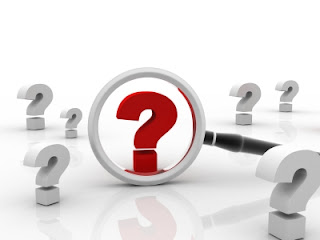 Are you ensuring that the team participates actively in the generic feedback analysis and shares that knowledge than treating it as a mere 'Bug Fix and Verification' cycle?

How better is your TDD coverage in this iteration than the last iteration (Going- forward)?

Are you ensuring that a quick revisit to the previous iterations being done based on the feedback from the current iteration (Going-backward)?